The Royal London Yacht Club hosted the Etchells World Championship gala reception and over 250 guests were in attendance for the reception. The reception was opened by the Medina Marching Band and they thrilled the audience with their performance. 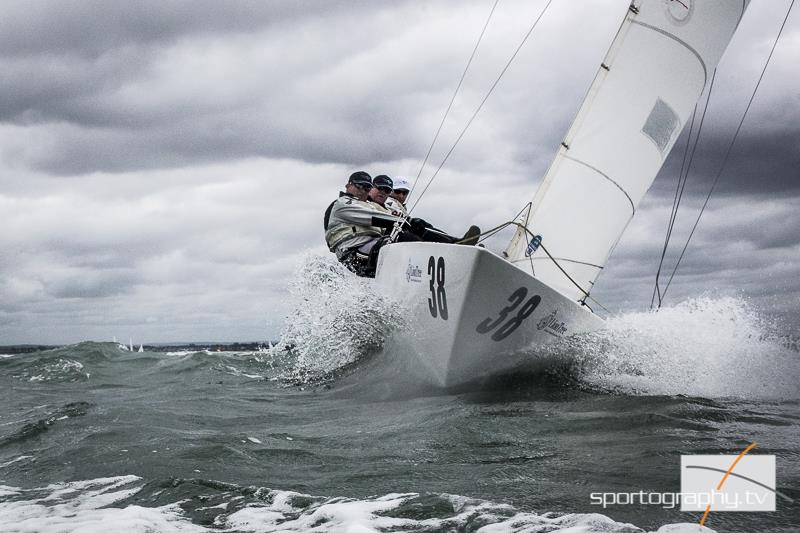 The director of the Regatta, David Franks, welcomed the sailors taking part in the Etchells Worlds racing event that will be held from 5th September to the 10th September. The flags of 11 nations that were taking part in the sailing event were raised on Trinity Landing and were greeted with loud cheers by everyone gathered at the gala reception.

A total of 58 teams from 11 countries will be taking part in the six day long event in the Solent. There will be the best of the sailors from across the world as well as the passionate sailors taking part in the event. There are 14 present and past Etchells World Champions taking part in this year’s event and the Glitterati also compromises of 20 Olympians, 24 world championships from various classes, Maxi world champions and so on. It looks like the 49th edition of the Etchells World Championships will be one to remember for a long time.

Six races will make up a series and the overall winner will be handed over the antique silver Founders Trophy, as well as a week’s Scotland Yacht Charter after the last race on 10th September 2016. The race will commence with a multiple windward-leeward racing in the Central Solent.

John Bertrand is excited to be racing in the Etchells Worlds and says that this race is all but pure sailing. There are no politics in this event here and it is just about water, the sailors and the sailing. It is the most competitive class event and he is looking forward to competing with the best Olympians and world champions.